Vocations to the Priesthood

For more information, please contact staff member on the right hand side of this page.

FAQs about the Priesthood…

Why Can’t Women be Priests?

Church teaching on the ordination of only men to the priesthood finds its origins in the teaching and practices established by Christ. While He was on earth, Jesus chose men to be His apostles and He passed on authority to these men to carry out His work of preaching the good news (Luke 9:1-2) and forgiving sins (John 20:23).

The Catechism of the Catholic Church explains, “The Church recognizes herself to be bound by this choice made by the Lord himself. For this reason the ordination of women is not possible” (CCC 1577). Furthermore, the Catechism informs us that “No one has a right to receive the sacrament of Holy Orders. Indeed no one claims this office for himself; he is called to it by God” (CCC 1578).

Jesus came to us on earth in the form of a man. It makes sense, then, that He chose His successors—his “representatives” on earth—to be men.

Finally, though we cannot always know exactly why Christ made some of the choices He made, we do know that He did not view women as inferior to men. Christ simply made clear that this particular vocation—the priesthood—would be reserved for men. In obedience to the will of God, the Catholic Church has and will continue to follow this practice of ordaining only men to the priesthood.

Is it wrong to call a priest “Father”?

Matthew 23:9, "And call no man your father on earth, for you have one Father, who is in Heaven." Notice, however, that this makes no distinction between spiritual fathers, which is what our priests are to us, and biological fathers. In other words, if you interpret this passage to say, absolutely, that no man is to be called father, you cannot distinguish between calling a priest, father, and calling the man who is married to your mother, father.

But, is that actually what this passage is saying? Or is Jesus warning us against trying to usurp the fatherhood of God? Which, in many ways, is what the Pharisees and Scribes were doing. They wanted all attention focused on them...they were leaving God, the Father, out of the equation. Which is why Jesus goes on to call them hypocrites, liars, and whitewashed tombs.

If you interpret this passage from Matthew 23 as an absolute ban against calling anyone your spiritual father, then there are some problems for you in the rest of Scripture. For example, Jesus, in the story of Lazarus and the rich man in Luke 16, has the rich man referring to Abraham as "father" several times. Paul, in Romans chapter 4, refers to Abraham as the "father" of the uncircumcised, the Gentiles. That's referring to spiritual fatherhood, not biological fatherhood.

In Acts 7:1-2, the first Christian martyr, Stephen, referred to the Jewish authorities and elders who were about to stone him as brothers and "fathers," as does Paul in Acts, chapter 22. This is referring to spiritual fatherhood. So, if you interpret Matthew 23 as saying we cannot call anyone our spiritual father, then you have a problem with Jesus, Paul, Stephen, and the Holy Spirit...they must have all gotten it wrong.

It is okay to call priests "father", just as it was okay for Jesus and Paul to call Abraham "father" and for Stephen and Paul to call the Jewish elders "father." As long as we remember that our true Father is God the Father and that all aspects of fatherhood, biological and spiritual, are derived from Him. And as long as we do not allow anyone else to usurp that role in any way, shape, or form, as the Pharisees and Scribes were prone to do.

St. Paul notes that “…The unmarried man is anxious about the affairs of the Lord, how to please the Lord” (Corinthians 7:32). The practice of celibacy allows for a priest to give his full attention to the work of building the Kingdom of God. St. Paul indicates numerous times that virginity is to be considered a “higher call.” Priests thus respond to that call, so they may number themselves among those who are set apart for this specific ministry. Furthermore, remaining celibate allows the priest to more perfectly live out the virtue of chastity, modeled in its entirety by Christ Himself.

The Church does not force anyone not to marry. Those who decide to remain celibate in their vocation do so voluntarily. Priests are among those who have freely chosen to take this vow of celibacy for the sake of their earthly ministry and vocation.

It makes sense that the Church—considered the Bride of Christ—is served by virgin priests, who fully devote themselves to Christ’s Bride. Priestly celibacy should be looked at as a beautiful offering to Christ, a wonderful testimony of a priest’s devotion to our Lord and to the Church.

Why did all of the priests scandals happen?

All of us have heard stories about policemen, doctors, teachers, counselors and priests that have betrayed a sacred trust. These individuals represent vocations we look to for guidance, hope and help. We want to be able to trust them. But when one of these people violates our trust, it seems much worse and even harder to comprehend than when other people in society fail. Nonetheless, it doesn't mean that we should abandon all respect for law enforcement, health care, education or the Church because people who work in those professions and vocations fail to live as Christ calls them to live. After all, the vast majority of people in those vocations serve in a heroic and exemplary manner.

In Matthew 13:24-30 Jesus Christ described His Church, the Kingdom of Heaven, as being a “field of wheat and weeds,” showing that there would be good and bad, saints and sinners and everyone in between in the Church until the day when He returned to judge the nations. This means that, sadly, there will be members of His Church — including priests and bishops — who have committed sins that have hurt others.

In Pope John Paul II’s apostolic letter entitled Tertio Millenio Adviente (Toward the Third Millenium), he affirmed that “…the Church should become more fully conscious of the sinfulness of her children, recalling all those times in history when they departed from the spirit of Christ and his Gospel and, instead of offering to the world the witness of a life inspired by the values of faith, indulged in ways of thinking and acting which were truly forms of counter-witness and scandal.” He went on to say that “Before God and man she always acknowledges as her own her sinful sons and daughters. As Lumen Gentium affirms: ‘The Church, embracing sinners to her bosom, is at the same time holy…’” (Read more from this article here). The Church herself is indeed holy, but she is made up of sinful members.

All situations of scandal, however, do not negate or disprove the truth that Christ transmitted to the world through His Apostles (Mark 16:15). As Christ promised, in spite of the weakness and sinfulness — and sometimes the scandal — caused by priests and other Catholics, “the gates of hell will not prevail against” the Church. (Continue reading here for more on the priest scandals.)

What is the difference between a diocesan priest and a religious priest?

A diocesan priest ordinarily serves the church within a well-defined area (a diocese). He serves the people as a parish priest, but may also be involved in other forms of ministry: teaching, chaplain in hospitals, prisons, campus ministry, etc. A religious priest, on the other hand, is a member of a community which goes beyond the geographical limits of any diocese.  A religious priest seeks to live a vowed life within a community of men for mutual support and accomplishment of some work. There is an emphasis in the community on shared ideals, prayer and commitment to Christ. Religious priests work in a wide variety of ministries.

Why confess your sins to a priest rather than go directly to God?

In Matthew, chapter 9, verse 6, Jesus tells us that He was given authority on earth to forgive sins. And then Scripture proceeds to tell us, in verse 8, that this authority was given to "men"...plural.

The Bible tells us to confess our sins to one another. It also tells us that God gave men the authority on Earth to forgive sins. Jesus sends out His disciples with the authority on earth to forgive sins. When Catholics confess our sins to a priest, we are simply following the plan laid down by Jesus Christ. He forgives sins through the priest...it is God's power, but He exercises that power through the ministry of the priest. 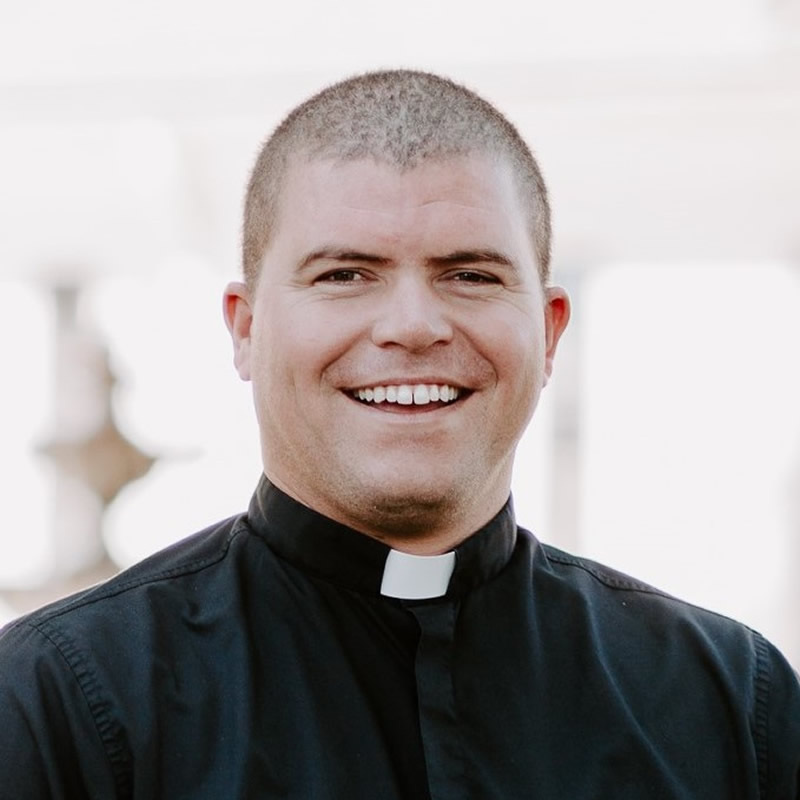 Dignity of All Human Life